Changes to labour laws in Qatar in the leadup to the 2022 FIFA World Cup show how international sporting events can help promote human rights. 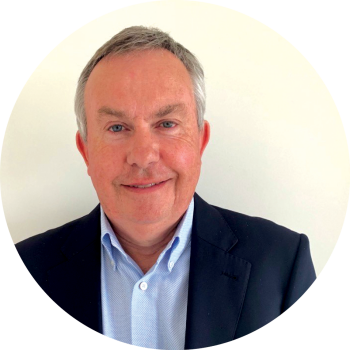 Changes to labour laws in Qatar in the leadup to the 2022 FIFA World Cup show how international sporting events can help promote human rights.

He says the global community had expressed great concern following the awarding of World Cup hosting rights to Qatar in 2010.

“A World Cup requires stadiums and other buildings and Qatar had a reputation for poor health and safety standards and significant loss of life on infrastructure projects,” Paul explains.

“At the core of the problem was Kafala, a system of employment which essentially enables employers to keep hold of the work visa of migrant workers. It means they control you, you can’t change employment or leave the country.”

But the United Nation’s International Labour Organisation, along with international trade unions and employer associations have been working with the Qatar Government to bring about reform.

Those include the abolition of the Kafala system, the introduction of a minimum wage, dispute resolution processes and worker engagement systems.

The ILO has also set up a permanent office in Qatar and is running a technical cooperation programme with the country to ensure compliance with international labour conventions.

A number of NGOs and media reports have continued to raise concerns about labour issues in the Gulf Kingdom, while some international football players have been protesting about human rights concerns.

But Paul says the labour law reforms represent a significant change for health and safety.

“There has been a huge reduction in the number of deaths and injuries related to infrastructure and housing projects.

“The changes that have been put in place for the World Cup will leave a lasting legacy for the nation.”

Paul says human rights expectations will be built into future World Cup bids, along with expectations on sustainability and LGBTQI rights.

These expectations will also apply to the 2023 FIFA Women’s World Cup which is being held in New Zealand and Australia.

Organisations such as the Council of Trade Unions and the Human Rights Commission will be involved in ensuring New Zealand is meeting labour rights and other expectations as a host nation.

“This is a good news story about the labour movement getting involved in making positive change through sport and other international events.”