Meet the unionists behind the first ever Multi-Employer Collective Agreement (MECA) for Local Government.

It was a long, hot autumn for New Zealand workers. Industrial struggle gave way to a string of promising victories, including the Allied settlement, Fair Pay Agreements, and the DHB pay equity deal.

Hoping to build on this momentum, union organisers are thinking big. Among them is PSA organiser Ian Hoffmann, who is charting a new course for Local Government workers with the sector’s first Multi-Employer Collective Agreement (MECA) for councils in Te Tau Ihu, the top of the South Island.

“As a union, our strength is in numbers,” Ian explains. “That’s why a MECA makes a lot of sense, especially when you’re bargaining for smaller workforces like the councils we represent.”

A MECA is a form of collective bargaining that brings workers together to negotiate minimum standards across industries or sectors.

Its key advantage? Negotiating better pay and conditions across multiple employers in one fell swoop.

Ian and the PSA delegates were inspired to put the idea of a MECA – covering Nelson, Tasman, and Marlborough District Councils – to a vote after witnessing the challenges thrown up by the global pandemic.

“The employers were developing Covid-19 policies at the start of the pandemic,” Ian explains. “They each had different policies for things like flexible working and Covid leave and, honestly, we were struggling to keep up.

“That’s when it hit us: why are we bargaining with these powerful employers, council by council, when we’d have much greater strength as one united workforce?” 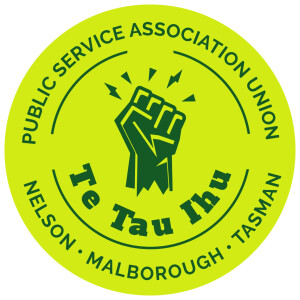 “We may be separated by distance, but we are all local government through and through,” says Michael Ogden, PSA delegate at Nelson City Council.

“This will effectively triple our membership and give us greater leverage as one united workforce.”

The MECA also promises to iron out the inconsistencies in pay and conditions that lead people to seek out greener pastures elsewhere.

“We talk about the need for consistency across local government,” Michael says. “But as soon as you look at these collective agreements you see how much inconsistency there really is.

“If you’re offered $10K more for the same job a few kilometres down the road, why wouldn’t you take it?”

“Knowledge is power,” says Michelle Watts, PSA delegate at Marlborough City Council. “Having an overview of the situation will help us win the best possible deal for our members.”

“It’s been fun to flip the script on the employers,” Ian explains. “They are finally having to recognise that they've been undercutting each other on pay.

“That puts members in the driver’s seat.”

Michael says the MECA has lit a fire under the membership.

“We’re used to pushing the barriers a little bit at a time,” he explains. “You know that expression: the squeaky wheel gets the grease? Well, something like this really pumps up your tires.”

“I hope other councils follow suit,” says Vicky Hawkey, PSA delegate at Nelson City Council. “It would be wonderful if people united across local government to see how much they can achieve.”

“We’re putting a lot of work into getting this right,” Michael explains. “We want it to be more than just a template. We want to set an example for other councils to follow.”

AHEAD OF THE CURVE

Ian says the MECA is, in part, an attempt to read the tea leaves. He hopes it will bring better prepare members for the reforms that lie ahead.

“Three Waters showed us the writing is the wall in terms of the consolidation of councils,” he explains. “To some extent, we’re trying to get ahead of the curve, but really it’s just effective strategy.”

Ian believes the MECA will contribute to a greater “union culture” in the top of the South.

“We’re building that culture by lobbying the media, arranging social events, holding sausage sizzles: anything to get our members talking.

“We’re always stronger when we stand together.”