For Pasefika Network co-convener Ofeina Manuel-Barbarich, the PSA’s response to the volcanic eruption in Tonga demonstrates the strength of international solidarity that exists within the union movement.

When a volcanic eruption in the Tongan archipelago triggered a series of devastating tsunamis, leaving a trail of destruction across the Pacific rim, those with family and friends in the region waited anxiously for news.

PSA member and ‘proud Tongan’ Ofeina Manuel-Barbarich was among them.

“My brother, nieces, and nephews live in Tonga,” explains Ofeina. “As well as many aunties, uncles, and cousins. It was a while before we knew they were okay because an immediate impact of the disaster was a communication blackout.

“We were so worried for my nana Pule'ilangite because she has asthma. It was such a relief when we found out she was okay.” 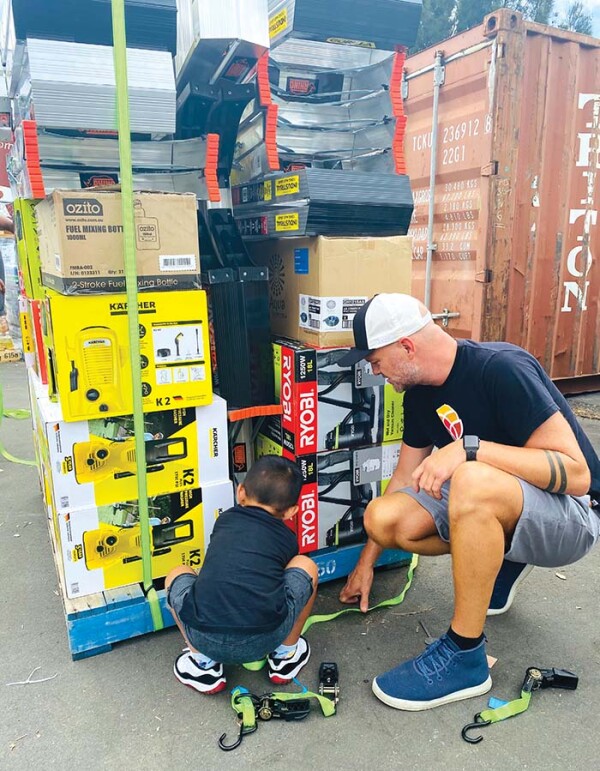 When news of her family’s safety reached Ofeina, she quickly realised she couldn’t just watch from the sidelines as the Tongan community attempted to rebuild and recover from the tsunamis’ devastation.

“I’m the co-convener of the PSA Pasefika Network,” Ofeina explains. “We received a request from the general secretary of the Tongan PSA, asking for our support, and we jumped at the chance to help.”

The next step was a rapid response to assess the needs of the Tongan community.

“One effect of the eruption was falling ash contaminating the Tongan water supply,” Ofeina explains. “Dust and dirt settled on practically everything, including people’s homes and their water tanks. Tonga urgently needed water cannons to protect the water they had left.”

The PSA provided Ofeina with funds to purchase this much-needed equipment.

“My son and I spent several hours picking out the items from Bunnings,” Ofiena says. “My brother picked us up with his trailer to help us deliver the supplies to the Aotearoa Tongan Relief Committee.

“My husband is Māori and his Rūnanga came along to help pack up supplies; it definitely turned into a family affair.”

Ofeina says her unionist comrades came out in full force to help.

“The CTU launched an appeal and the PSA got back in touch with more money to purchase the remaining items the Tongan PSA had asked for.”

Thanks to Ofeina’s incredible efforts, our union delivered; 20 water blasters, 20 wet and dry vacuums, 16 ladders, 13 garden hoses, 13 electrical extension leads, and seven hoses to help the estimated 86,000 people affected by the eruption and tsunami across the island chain.

Some very important equipment reached Tonga this week, thanks to our members and everyone who donated to our Tongan Tsunami appeal ❤

We sent ladders, water blasters and water vacuums to help clean up the ash and water residue left from the volcanic eruption and tsunami. pic.twitter.com/JdcRsPDiZ6

SOLIDARITY ACROSS THE PACIFIC

Ofeina attributes the success of the PSA relief effort to the strong sense of international solidarity that exists within the trade union movement.

“It made me feel proud to be a member. This time, I wasn’t the only one benefiting from being part of a union; the PSA helped my family and my wider community.”

Ofeina describes the support the PSA showed for Tonga as another example of the union’s commitment to internationalism and their solidarity with Pasifika people in Aotearoa and across the Pacific.

“It makes total sense. We’re neighbours, we’re cousins, we have shared genealogies and shared histories. For me, this has cemented the spirit of support for our Pacific members – and their families and communities – within the PSA and the wider union movement.”