Social work and social workers took centre stage on 25 September at the 2018 PSA Congress being held at Te Papa this week.

Social workers were met with a standing ovation at news that a historic pay equity settlement has now been signed by PSA and Oranga Tamariki to go out to PSA members.

The announcement came just ahead of Social Workers Day being marked today, 26 September, with Oranga Tamariki chief executive Gráinne Moss praising the integrity of the process and describing the prospect of the new settlement as "the right thing to do".

Both Rachael and Tina spoke to the importance of being recognised as professionals and standing tall together.

Tina: "This means so much for all of us. It sets a new goalpost. It means going to work tomorrow knowing you're valued and respected and that what we do is worthwhile. It doesn't mean we're going to get accolades poured on us - this can be a thankless job no matter what, a job of pushing against the stream on behalf of families and children who are often experiencing the worst times of their lives."

Rachael and Tina - who were meeting for the first time - did a stellar job of representing the mana and voice of social workers on the day, side by side as a supervisor and senior practitioner who love their jobs.

This resulted in extensive headline media coverage, including:

Additional commentary from the day included these statements from: 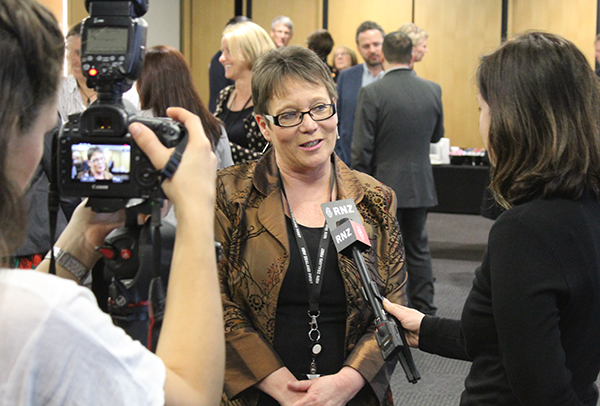 Speaking at the announcement Minister for Children Tracey Martin noted that the agreement in principle had achieved Cabinet sign-off to be funded at $114.6m over five years.

Tracey Martin: "It is important as a country we are valuing the difficult and challenging work being done. I am very pleased too that we are doing something about the longstanding and ongoing gender bias and undervaluation".

Noting the combined and determined efforts of both PSA and Oranga Tamariki to reach a settlement agreement, and the 'gold standard' quality of the process, she added that "this is one of those times it's easy to be the Minister".

Significantly the PSA/ Oranga Tamariki working group  that assessed the pay equity claim - dating back to 2015 - had concluded that the role of a social worker withing the scope of the claim at Oranga Tamariki has been subject to historical and ongoing gender-based undervaluation. 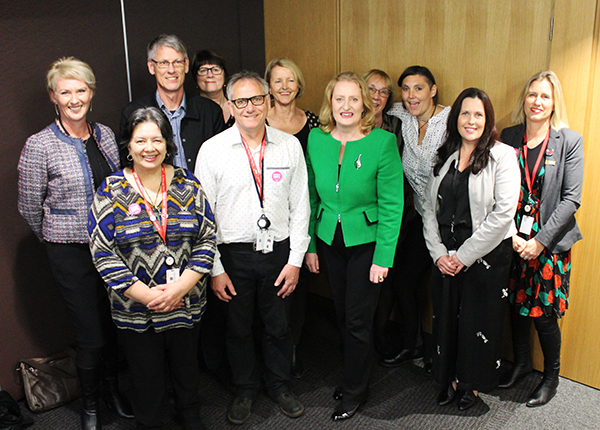 The assessment gathered information that captured the skills, responsibilities, working conditions and demands of social work - finding that skills such as communication, building relationships, analysing and interpreting human behaviour, and dealing with emotionally complex situations were not fairly recognised. This assessment also took into account the unique responsibilities of statutory social workers.

The PSA has just launched a legal case seeking equal pay for social workers after years of this workforce being underpaid because it is dominated by women.

The historic litigation has been filed in the Employment Relations Authority in Wellington under the Equal Pay Act 1972 and asks the ERA to set the equal pay rate for social workers.

The applicants in the case are the PSA and three social worker PSA members who represent social workers at Child, Youth and Family.

The case for the applicants is that they are underpaid because of the historical tendency of successive governments to undervalue women’s skills and the work they do, and instead rely on their commitment and love of the job.This includes not properly accounting for what are seen as the “inherent” attributes of women like caring, empathy and the ability to understand the reasons for the feelings and behaviours of others through interpreting unspoken or partially expressed thoughts.

Social workers have weighty responsibilities to deal with vulnerable babies, children and young people, often in tense and difficult situations. They share responsibility for important decisions about custody, care and welfare of babies, children and young people suffering from abuse and neglect. Social workers are also required to keep extensive records and need to be prepared for legal and public scrutiny of the decisions they make.

The PSA’s position is that the pay rate does not reflect the intense and continuous physical, mental and emotional effort required to be a social worker. The PSA’s case is that social workers are currently paid significantly less than they would be paid if they were men considering their skills, responsibility and the effort required to do the work.

The time is now

Social workers have been seeking equal pay for years and while there is recognition from their employer that the role is highly stressful, as well as emotionally and physically demanding – equal pay has still not been achieved. This is why PSA members overwhelmingly endorsed a resolution that the PSA take this legal action to seek equal pay for social workers.

Through this legal action social workers are sending a clear message to the government that they will not tolerate being underpaid and undervalued because the work they do for the next generation is too important.

The PSA will not be pursuing the legal case immediately. First we are trying to reach agreement with the government about the implementation of equal pay through the Working Group to Establish Principles for Equal Pay, which the government has established. PSA national secretary Erin Polaczuk is a member of the working group.

If the working group does not achieve equal pay for social workers, the PSA will progress this litigation through the ERA and, if necessary, the Employment Court.

While the case is filed against the Ministry of Social Development, any outcome that examines the work of social workers and what the equal pay rate is will have flow-on effects for social workers in district health boards and in the community.

Budget 2022 a combination of giant leaps and small steps, all in the right direction

As promised by the Minister of Finance, this was a Budget of health and climate, both areas our memb…

An historic pay equity settlement, the first under the new Equal Pay Act, has been overwhelmingly ap…

No offer from DHBs as allied health strike looms

With only one day left to avert strike action by 10,000 PSA allied health workers, no pay offer has …

10,000 health workers to strike from Monday

Pay negotiations for care and support workers set up to fail

Unions representing care and support workers, E tū, NZNO, and PSA, have entered discussions with the…

We are the “bureaucrats” you are demeaning

PSA allied health worker's strike will not go ahead

This afternoon the PSA received a request from Auckland DHB, Waitemata DHB and Counties Manukau DHB …