Congress 2020 saw the introduction of Vā Moana delegates – key decision makers
representing the interests of Pasefika Network across the PSA.

Lisita Aloua enjoyed a peaceful childhood in the quiet mountainside town of Levin.

“My family were really close-knit,” Lisita explains. “I grew up with this strong sense of Pacific identity but, in a way, I was quite naïve.”

It wasn’t until Lisita started school that she noticed how differently Pacific people were treated outside of her community.

“We were passively encouraged to pursue sports over academia,” Lisita explains. “I was the only Pacific student in my sixth form and when we graduated, I remember my physics teacher looking at me and saying, some people are meant to go to university and some people are not.

“It was the first time I realised that the system isn’t built for people like me. The question is: how do we change it?” 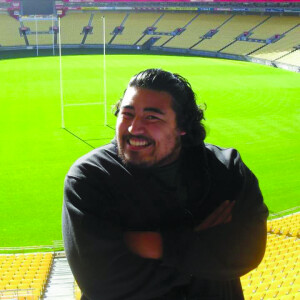 SEAT AT THE TABLE

Lisita is one of the PSA’s new intake of Vā Moana delegates – key decision-makers representing the interests of the Pasefika Network at the national delegate level across all PSA sectors.

The Pasefika Network is also the fastest growing network in the PSA – welcoming 685 additional Pasefika members in 2022 – a 12 per cent increase from the year before.

“That’s why it’s so important that we bake representation into the way our union operates,” Ulualo explains.

“Times are changing,” agrees Kāinga Ora customer advisor Fa Mika. “Pacific people are used to keeping quiet and getting the job done, but now we need to take our seat at the table.”

Fa says being around other Pacific people in the workplace first encouraged her to stand for the Vā Moana position.

“I’d never been part of a union until I started working at Kāinga Ora,” she explains. “The number of Pacific members in my workplace is what encouraged me to sign-up.

“There are 254 Pasifika members in my agency – I’ve never been around so many Pacific people in my life.

“It made me feel like there was a path forward to fight for our rights as Pasifika.” 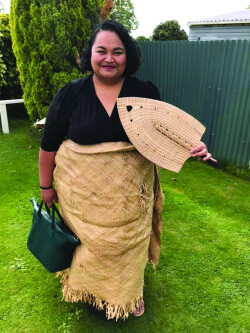 “Tapping into my history as a Pacific Islander helped me understand the connection between our past and present circumstances,” Eseta explains.

“There’s been a shift in our understanding of Pacific history over recent years. We have seen an acknowledgment of Dawn Raids and other historic attacks on Pasifika.

“People are starting to wake up to how disadvantaged we are. That’s why – when the role came up – it felt like perfect timing.”

“We like to talk about diversity and inclusion in the public sector,” agrees Lisita Aloua, senior advisor for Te Kawa Mataaho. “But, in practical terms, what are we doing? Pacific men and women are still paid less than any other ethnic group in New Zealand.”

In 2020, the gap in average hourly wages experienced by Pacific men was 24 per cent, and Pacific women was 27 per cent, when compared to the average Pākehā man; a pay gap that hasn’t fallen significantly for the past 10 years.

“That’s why the Vā Moana delegate role is so important,” Lisita concludes. “Yes, it’s about standing up for Pacific people on issues like pay equity, but it’s also highlighting – to the whole of the union movement – that our voices have gone unheard for far too long.

“This new role is a step in the right direction.”