International Solidarity is in Our DNA

Adrian travelled more than 8,000 kilometers from his home in Switzerland to engage PSA staff in a wide-ranging kōrero on organising care workers, building solidarity across borders, and the importance of holding big multinationals – like Amazon and Uber – to account.

His stop in Aotearoa was the culmination of a round-the-world tour of affiliated trade unions, which took him to Brazil via Buenos Aires, where he spent 10 days convalescing from Covid-19, before finally making it to the PSA.

This sort of trip is par for the course for Adrian.

“Part of my role at UNI Global is to offer support with campaigns, organising, and strategy to any of UNI Global’s 900 affiliated trade unions worldwide,” he explains.

But prior to taking on his role at UNI Global, Adrian was a regular union official, with more than 10 years’ experience with the Swiss trade union Unia. “I became involved with the labour movement by accident,” Adrian explains.

“I was the head of the Young Socialists society in my hometown of Thun.

“I was giving a speech to a crowd during International Workers‘ Day, and I caught the attention of a Unia official, who later offered me an internship.”

Adrian’s first task was to organise a campaign opposing the privatisation of a local utilities company.

“Unbelievably, we won,” Adrian enthuses. “It was an incredible introduction to the labour movement. It showed me that change is possible!”

The campaign landed Adrian a full-time job. “I went on to hold strikes in retail, organise factories and construction sites, and finally ended up working with care workers.”

Adrian says the home support sector has a special place in his heart.

“My mother was a home support worker for most of her life, my grandmother as well,” he says. “My sister works in the care system now, and so does my brother. It always felt like home to me.

“It’s also the fastest growing industry in the US and parts of Europe,” Adrian continues. “In the past, our strength was in heavy industry but – if a union’s power is in numbers – then our future lies with care workers.” 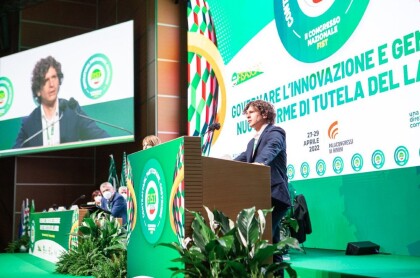 Adrian never intended to work internationally. “I applied for my role at UNI Global on a whim,” he admits. “I never expected to get it, but they wanted someone young and crazy.”

It’s true Adrian doesn’t look like a traditional unionist. Boyish, with a shock of curly brown hair, he has the kind of charisma that plays well on picket lines, and in front of crowds.

What first attracted him to the role? “In part, it was the opportunity to hold big multinationals like Amazon and Uber to account,” he explains.

“Amazon represent a real danger for public sector unions like the PSA, because it’s investing large sums of money in health sectors around the world.

“It recently bought up an entire healthcare system in the United States for around $9billion. “Whenever a company like that enters the market, you can bet it’s going to be destructive, and workers are going to then pay the price.”

Adrian is quick to point to the tactic – developed by companies like Amazon and Uber – of using algorithmic management systems (HRMs) to endlessly drive efficiency, and its implications for public sector workers.

“This poses big challenges for unions because its really ideology disguised as numbers; it’s a way of companies justifying their exploitation and saying it’s rational.

“Amazon is spreading its ideology across the globe – that’s why it’s so important that we stand together to hold it to account.”

Adrian is optimistic about the future of unions. “We’re clearly living through a historic moment,” he says.

“Young people are joining in record numbers. Our membership is growing, and we’ve never been so energised; to do things, to win things.

“International solidarity is in our DNA,” Adrian concludes. “We just need to harness it.”